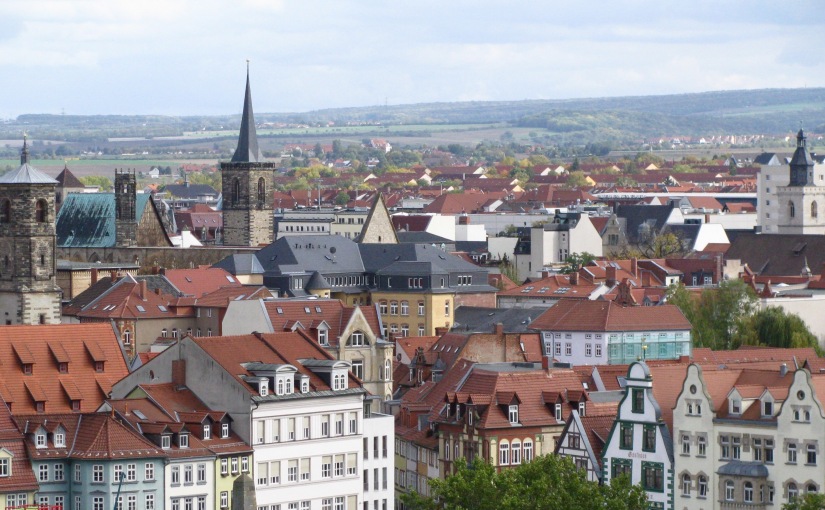 We traveled out of Berlin on Monday, October 9, to a highly recommended town called Erfurt. Page was especially keen to go there, because this had been his first stop into East Germany on his photo excursion Beyond the Wall back in 1989. He and his fellow photographer stayed only one night in Erfurt, and he took only one photo of the city, from a tall block hotel then called the Inter-City Hotel (now the Radisson).


We were not in a position to reproduce Page’s photo exactly (we did not go to the Radisson), but here’s a pic of a very small part of what we saw on Monday. 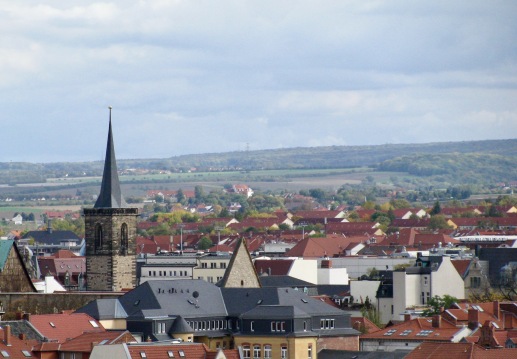 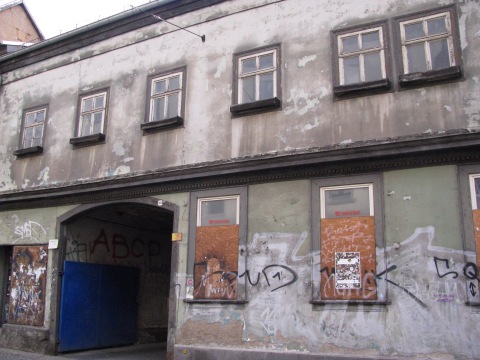 Simply for context (and because I find it compelling) I’ve unearthed a bit of history of the city that I’ll include here, and then I have multitudes of photos to share—thus the break into two parts. We spent over 7 hours there, during a day with changing weather—although we did not get rained on and it was what the weather forecasters would have called mostly sunny. It was a grand excursion in an amazing place that is not (yet) overrun with tourists. We don’t regret a moment of it, although I’d recommend that, if you can possibly arrange it, try to choose a day that is not a Monday, when all the museums are closed.

Erfurt (pronounced “ear-fort” or “air-fort”) is the capital and largest city in the state of Thuringia, central Germany, in the wide valley of the Gera River. It is located 100 km (62 mi) south-west of Leipzig, a two-hour ICE train ride south-west of Berlin, and about 250 miles north of Munich. Combined with neighboring cities Weimar and Jena, Erfurt forms the central metropolitan area of Thuringia (approx. 500,000 inhabitants). 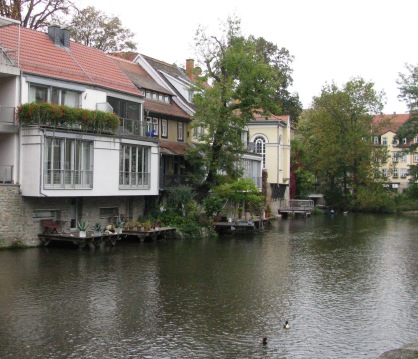 Erfurt’s old town is one of the most intact medieval cities in Germany, having survived World War II with very little damage. We visited several of the many, many churches in the city (including one that was left un-reconstructed after its destruction by bombers), and also Petersburg Citadel, one of the largest and best preserved town fortresses in Europe. Its economy is based on agriculture, horticulture and microelectronics, and its central location has allowed it to become a logistics hub for Germany and central Europe.

Erfurt hosts the second-largest trade fair in eastern Germany (after Leipzig) as well as the public television children’s channel KiKa (something like our non-commercial PBS Kids channel) shortened from der KinderKanal (the children’s channel). KiKa’s mascot is the puppet character Bernd das Brot, a chronically depressed loaf of bread. (This note will become more relevant in the second half of this post: Erfurt 2: On the Trail of Sponge Bob.)
The name Erfurt was first mentioned in 742, as Saint Boniface founded the diocese. At the time, the town did not belong to any of the Thuringian states politically. But it quickly became the economic centre of the region. It was part of the Electorate of Mainz during the Holy Roman Empire, and later became part of the Kingdom of Prussia in 1802. From 1949 until 1990 Erfurt was part of the German Democratic Republic (DDR or East Germany).

A notable institution in Erfurt is the University of Applied Sciences (Fachhochschule Erfurt) founded in 1379, the first university to be established within the geographic area which constitutes modern-day Germany. It closed in 1816 and was re-established in 1994, with the main modern campus on what was a former teachers’ training college. Martin Luther (1483 – 1546) was the most famous student of the institution, studying there from 1501. He either stayed or returned to teach in Erfurt, and his translation and reproduction of the Bible in the German vernacular (instead of Latin) made it more accessible to the common man. This had a tremendous impact on both the church and German culture. It fostered the development of a standard version of the German language, added several principles to the art of translation, and influenced the writing of an English translation, the Tyndale Bible. In addition, his hymns influenced the development of singing in Protestant churches. 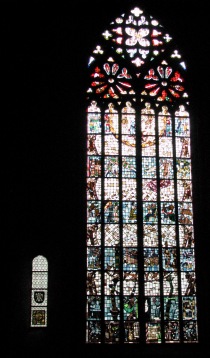 So. There was/is plenty of history in this lovely small city, and we hit the highlights. But all four of us (Page, Ini, Jack, and I) began early by catching the S-Bahn to Berlin Hauptbahnhof to meet Lee in time to catch our ICE (high-speed inter-city) train by 8:20. At about 10:30A we stepped off the train in Erfurt, and walked toward the center of town. Our return tickets dictated that we get back to the Bahn for embarkation (with a train change heading back) by 6:30P, and our day ended (after parting with Lee at the Hauptbahnhof) with our usual walk from the S-Bahn station to the apartment at about 10:30-ish.

Without further adieu (except for comments in the captions) here are half of the scenes and sights from walking along the Trail of Martin Luther. 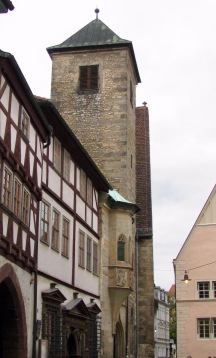 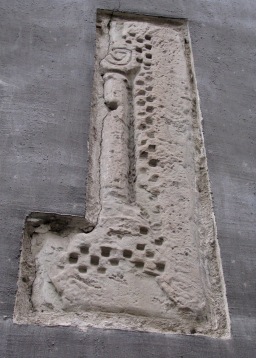 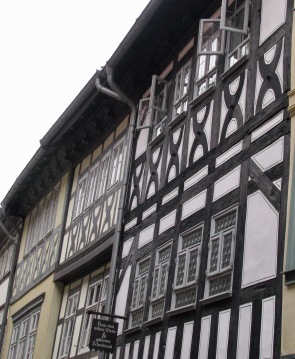 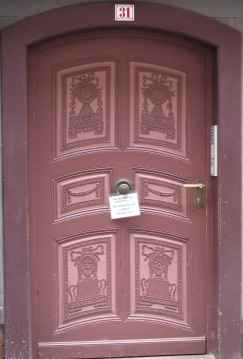 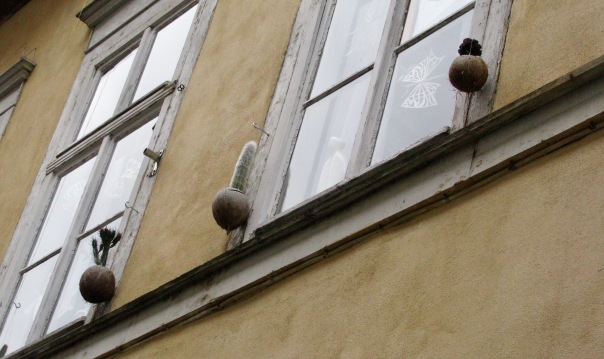 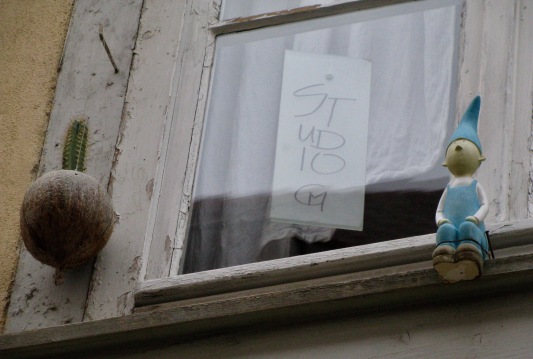 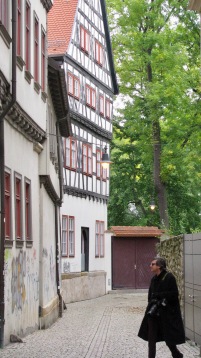 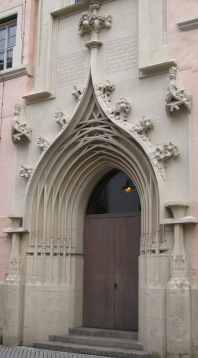 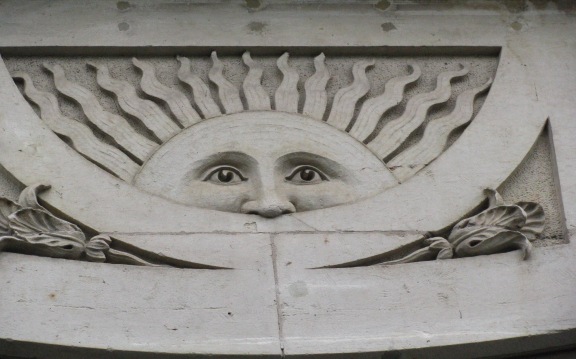 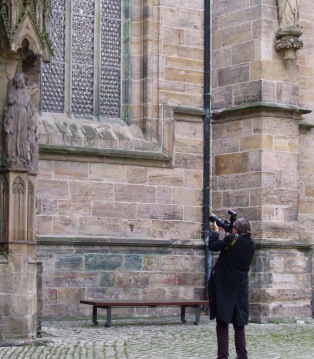 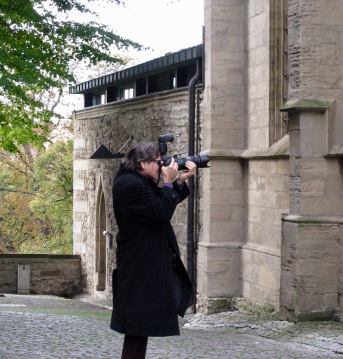 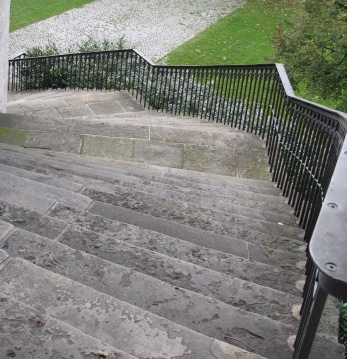