The weather offered us a significant break (actual blue skies!!) on Sunday, October 8, so we set off for a cultural tour of Ini’s sister’s neighborhood, Friedenau. The neighborhood itself was lovely, and for this organized “open house” studio tour, artists and artisans opened their doors to the public starting at 1PM. We had a grand time, and saw lots and lots of strange and beautiful things, met some strange and beautiful people, and thoroughly enjoyed our day. Reminded me so much of the Floyd Artisan Tour event, only for this folks walked or biked to each (where in Floyd, you have to drive, thus the studio/shop participants must offer some decent parking areas).

The booklet/pamphlet itself, produced in support of this two-day event, was impressive.

Scenes as we strolled around the neighborhood. 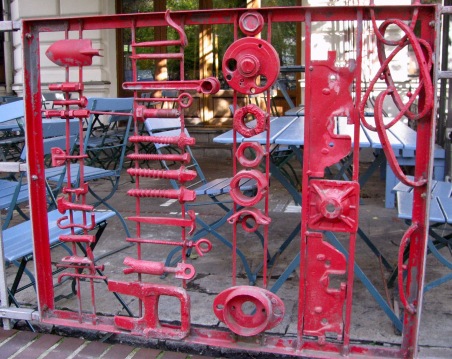 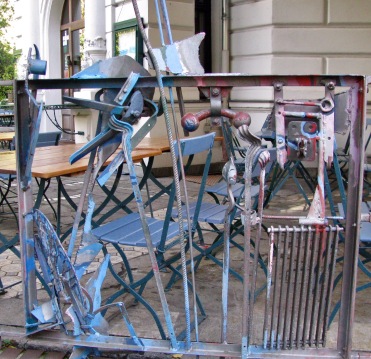 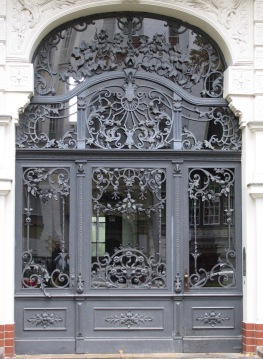 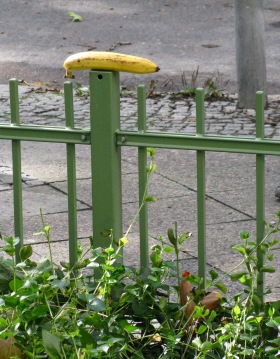 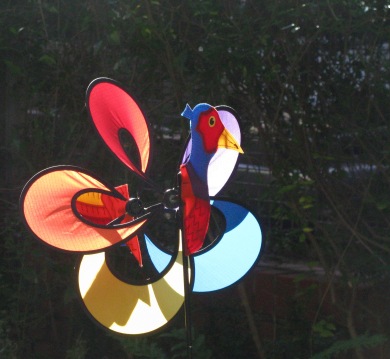 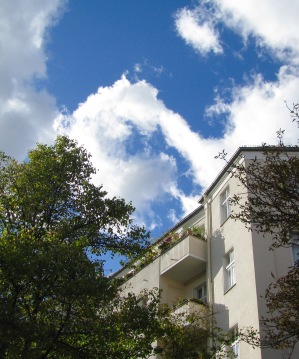 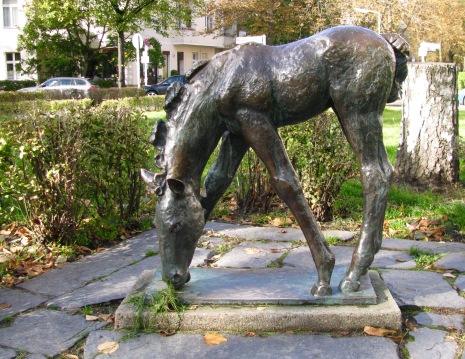 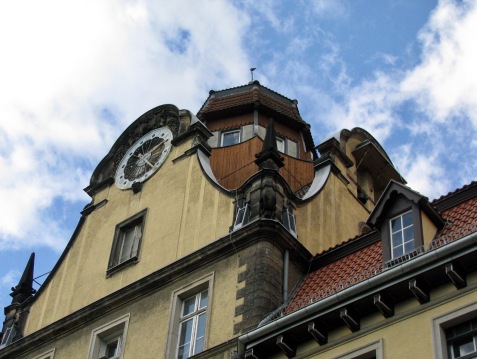 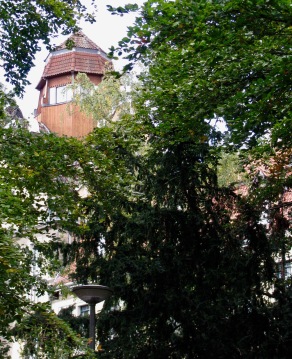 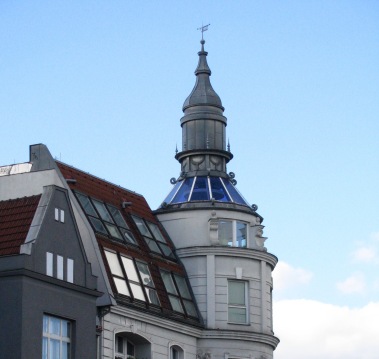 There were several memorable stops along our way. At this art school for kids (the bottom info in the photo of the booklet page above), the walls were papered with their colorful renderings of (mostly) animals and scenes in their neighborhoods. As we arrived, a young man was having his photo taken standing near the wall where his art was hanging. He shyly responded to Ini’s inquiry that his work was the hawk that I (of course) photographed. He also had one other, but I didn’t see which he pointed to. 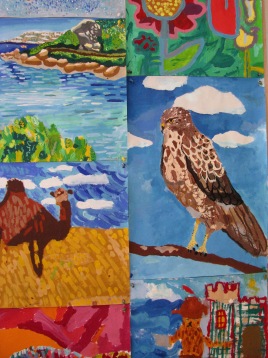 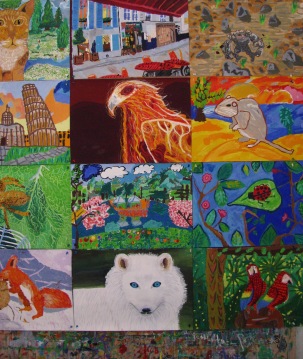 Practically next door was the woodworking shop of Michael Wintjen (shown in the top panel of the booklet page above), where he displayed a sampling of unfinished veneer, and the same piece finished in several different final forms. Beautiful wood, but the photos didn’t turn out so you could tell anything about the finishes. Again, Jack went all geeky on us (he’s a clamp nut and Michael had lots and lots of clamps) about matching wood grains and tools. 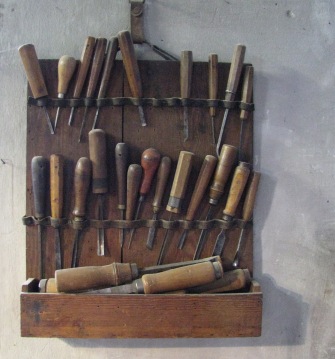 We spent the most time in a violin-maker’s shop. The two women there were quite happy to talk about their craft, and we listened and Jack asked a lot of questions while we admired their work. 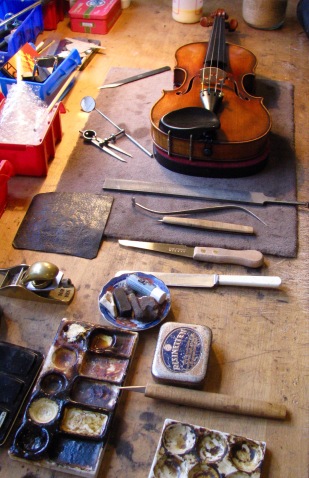 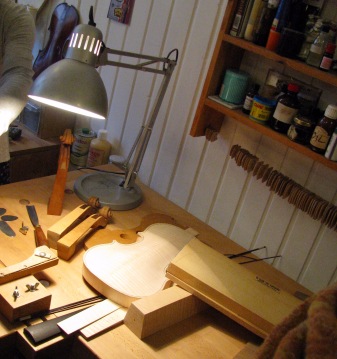 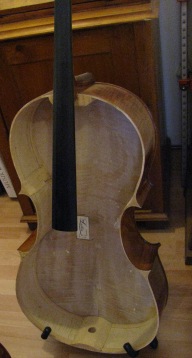 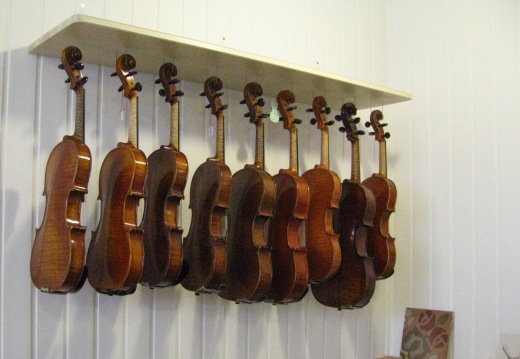 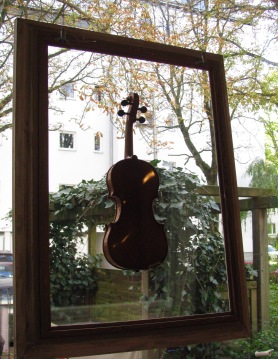