As we get ready to leave on our next set of adventures, I thought I’d post a few pix from home, to remind us of what we’re leaving behind in July. Among the things I think we’ll miss greatly (besides our dogs) is the elevation’s temperatures that have not matched the heat wave crushing the rest of the country. Our highs over the past few days have been in the high 80s. Like much of the country, we’ve had high humidity due to afternoon thunderstorms, but we’re certainly not suffering like we might be suffering in a couple of days.

So here’s a pictorial Ode to Home. 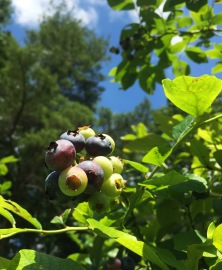 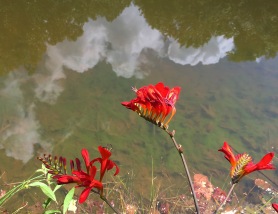 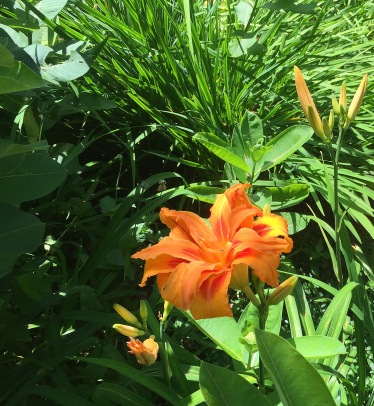 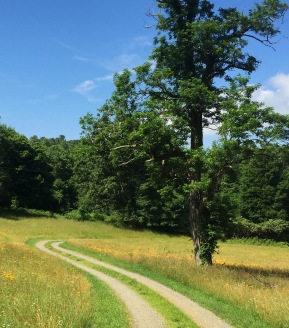 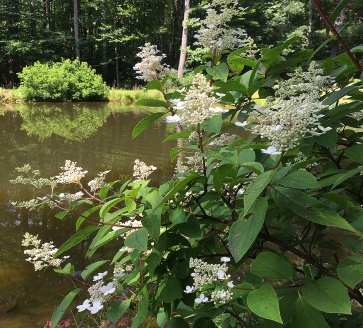 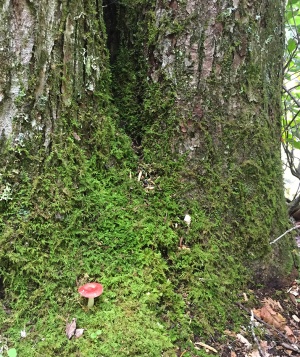 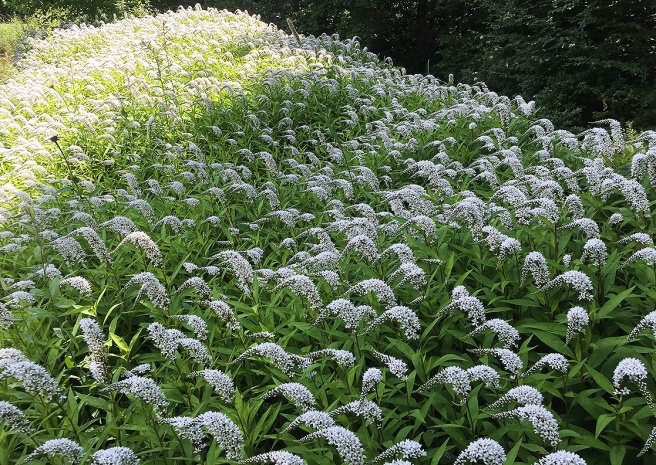 And some shots from the Blue Ridge Parkway. 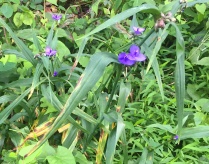 It has been fun to return from our recent travels to a nip in the air, the leaves just beginning to turn colors, and all the things I love about our home during autumn. Here’s a small image gallery of the natural beauty that surrounds us and makes us content to be home after a trip.

And no walk around the ponds would be complete without carrying the Chuckit, a ball (that floats) and the dog that chases until she drops. 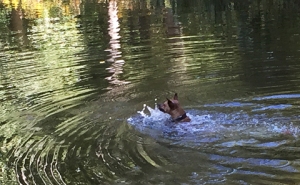 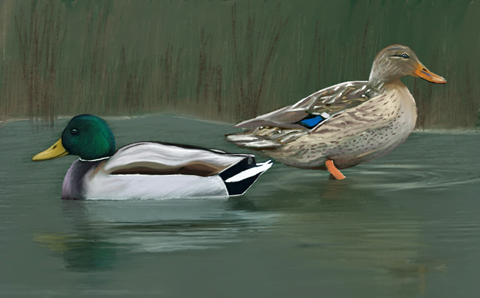 Recently, and for the first time since we built the ponds, something like ten years ago, I saw mallard ducks on the largest pond.

We’ve had wood ducks in our large but almost fully shaded pond, with trees along three of the sides. Wood ducks can handle closed-in water like ours.

Not mallards, generally. Nor geese — both of which require long take-off “runways” and gradual-rise escapes.

I was strolling toward the “low road” through the forest that starts just beyond the biggest pond, as I often do when taking a break from work or to give the doggies a bit of a run-about, when Chase startled them (and me) by coming close while they were in a small, shallow and very protected inlet. But they didn’t just fly away. They swam toward me, and when they saw me, they took off for about ten yards, but landed again.

I went along to the dock and lay down in the sun to watch.

They were as far away from me as they could get and stay on the water. After a short interval of preening, and seeking the edge bottoms for the non-existent water grasses to eat, the male tucked his head and had a snooze. The female walked up the steep bank, a little way into the clethra shrubs, and she too, tucked her head for a bit of rest.

The dogs were paying them no mind, yet they were busy investigating the woods etc. So this pair must have come a long way, and set down in the first place that looked promising during their migration. They appeared to be so tired that nothing — not even me on the dock or the dogs rooting around in the woods — would keep them from staying put and getting the rest they knew they needed.

I was just sorry our sanctuary did not offer any foodstuffs for their energy replenishment.

I was unable to get a good photo of the two (who were gone the next day when I returned to the pond), so I found a picture on the internet and drew them into something that looks close to our habitat.

So nice to have such visitors to our homestead; and that we could provide a small time of respite for them. 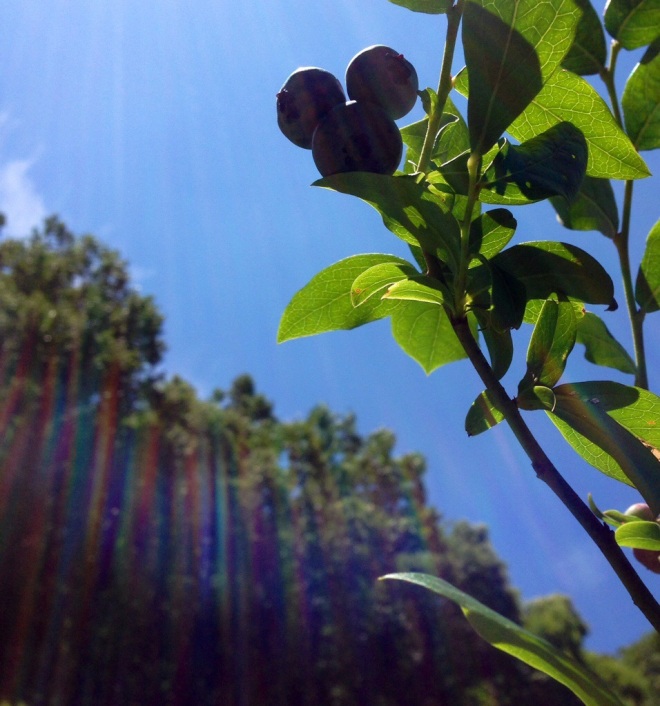 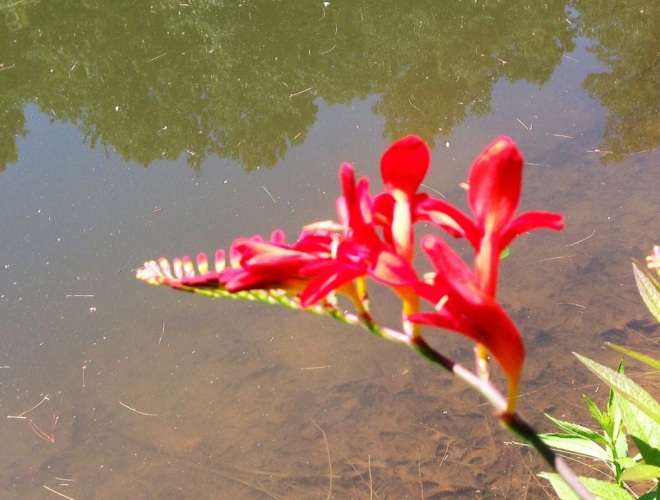 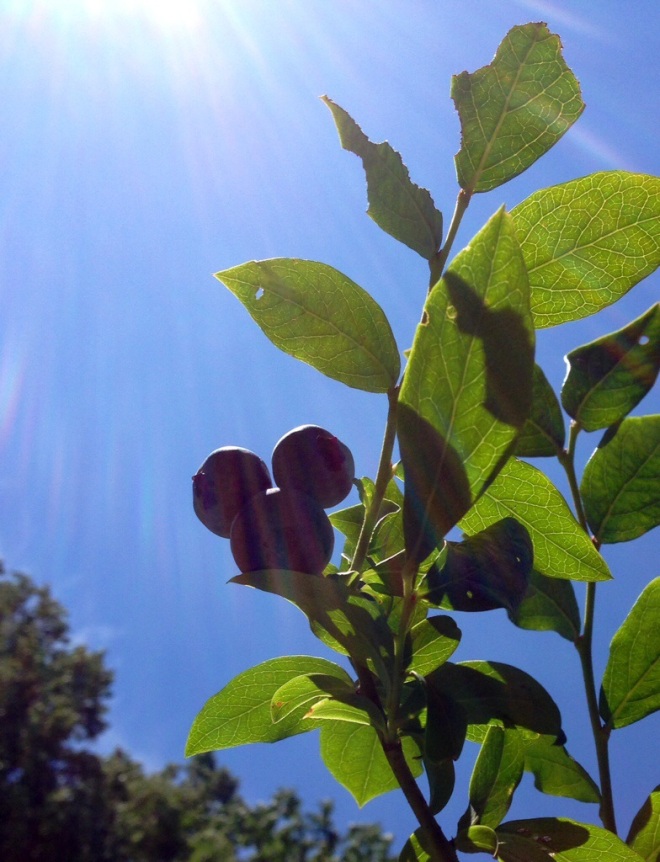 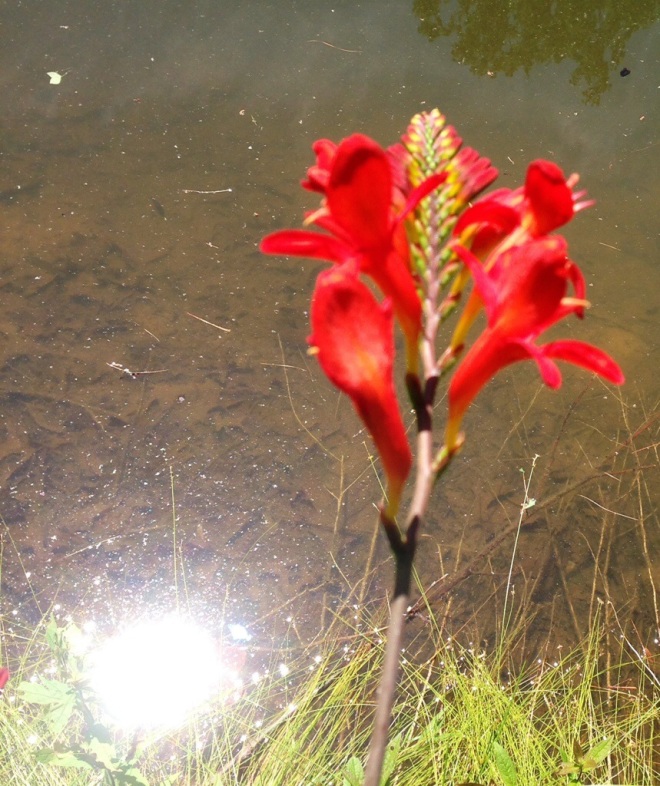 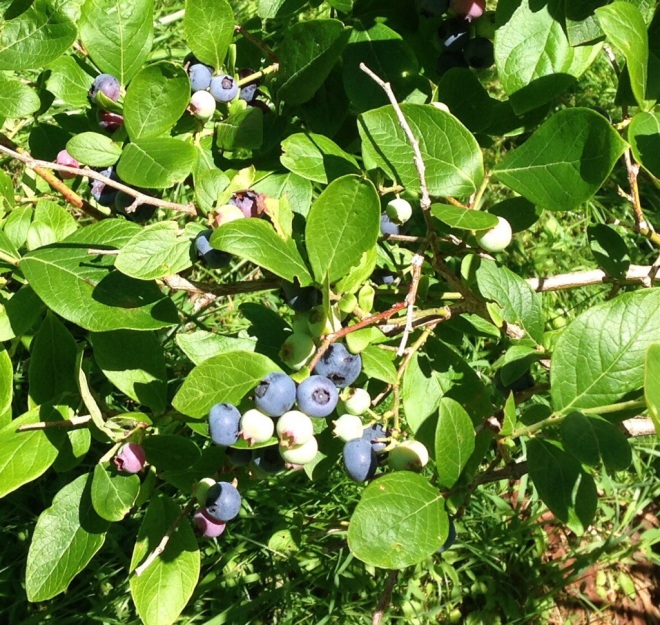 A mantle woven of smoke settles just below my neighborhood. The weaver sits far away, but is busy, busy, and her work piles up to climb the slopes, and the wind is able to tip it over the ridges, so it flows down into the hollers and valleys. My house is halfway along a slope, so the weaver’s work rises nearby in grays and ashen blue, while I watch the distant vale thicken to brown.

Logic invests a perfectly reasonable explanation: a pair of wildfires many miles distant; one to my north and another raging westerly. Be rational, my verbal brain says. This does not threaten Meadows of Dan.

I set foot outside and my nostrils fill with an age-old aroma. My heart quickens, my eyes widen and demand that I turn my head to see behind. The threat is near enough to smell and my reptile brain is on “flight” overdrive. Some DNA-level instinct knows this is not a “fight” situation. It kickstarts imaginings of piling pets and necessaries into the car, ready to flee.

How will I know when that time has come? Calm yourself, I say. If you must, worry about something real, not imagined.

Carrying on the chores, my alarms are silenced from constant exposure and habituation – the odor is, quite simply, ubiquitous.

Then the wind picks up. The aroma grows stronger and the hue is slightly more pine, or more plastic-like (is that a house burning?). The hairs on the back of my neck rise again and the autonomous brain returns. There is no visible change in my environment – I see no smoke rolling over, as the fog so often rolls through our homestead.

But my imaginary weaver continues to ply the warp and weft of combustion byproducts, and the fabric falls to the ground, piling below the loom, rising as the wind carries it like a flag of warning, invisible yet tickling my reptile brain and deeply disturbing my life.

Found these glistening in the sun at our homestead, beside a creek, @ ~3 degrees below zero this AM. 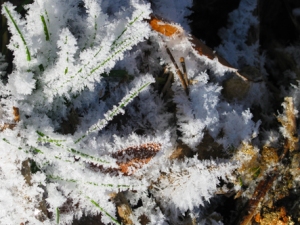