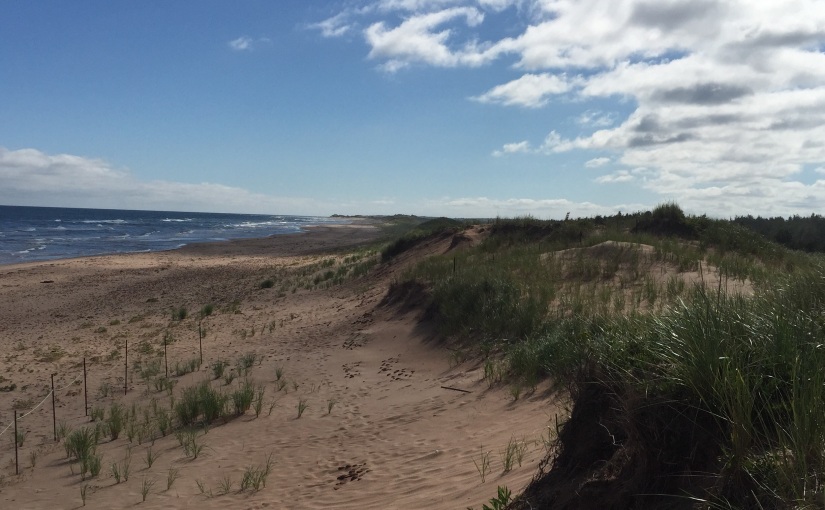 Friday, August 28: Riding PEI
We left Charlottetown via van/trailer to hit a good entry point to the PEI National Park’s paved bike/multiuse trail. We began at Dalvay by the Sea, a National Historic Site. Upon arrival we were encouraged to go into the mansion, now a resort originally built/owned by Alexander McDonald. McDonald was born in Scotland in 1833, but immigrated with his family to the US, where he entered the oil business. 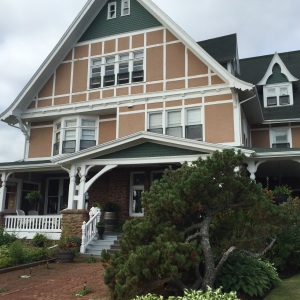 Following a series of wise mergers and acquisitions, he became president of Standard Oil of Kentucky in 1892. He built Dalvay as a “summer house” and get-away for friends, business acquaintances, and family. Alexander Graham Bell had already built a summer home in Cape Breton, and the same construction company built Dalvay.

Built in the architectural style known as Queen Anne Revival, it was well suited to summer inhabitation due to the interplay of many design features. Those who stay there can see the changing light and shadow patterns as the sun moves and alights upon different elements. 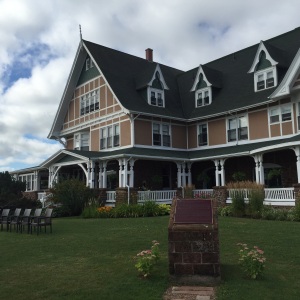 McDonald died in 1910 and left $15 million to his granddaughters. The inheritance had disappeared by 1930 due to mismanagement by their father. A former employee of the McDonalds acquired Dalvay by the Sea, and during several subsequent exchanges of ownership the furniture all disappeared. The provincial government was interested in having Dalvay become a part of the park system, and ownership was transferred in 1937, when PEI National Park was created. The Park Service has since restored, renovated and re-opened the summer getaway. 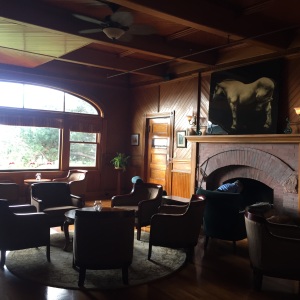 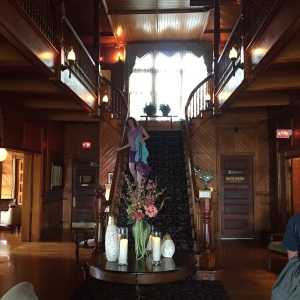 We had excellent weather and rode the beautiful coastline bike path. It runs along the Gulf of St. Lawrence, and many of us took the time to walk through the dunes (in designated areas) to overlooks and beaches to get the breezes and the views. While the bike pathway is majority flat, there are some long climbs, and of course, we had a serious headwind all day. But none of our group were deterred, and we really had an excellent ride of about 35 miles. 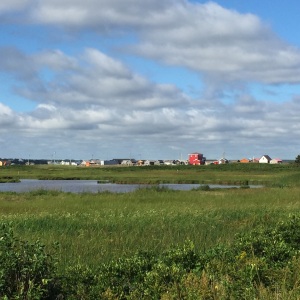 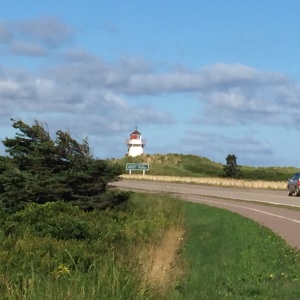 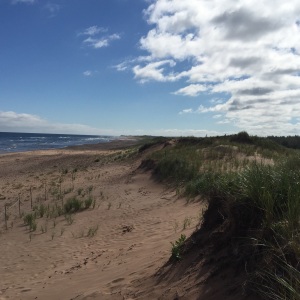 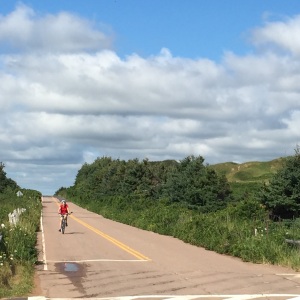 In a quaint place called Rustico, we stopped at the Farmer’s Bank museum for our lunch. Rustico was an enclave of Acadians who had been exiled from Nova Scotia by the British, and to get themselves out of poverty, they pooled some resources and began the Farmer’s Bank, the forerunner of today’s Credit Union concept. 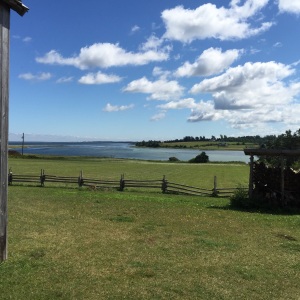 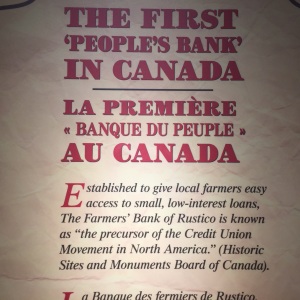 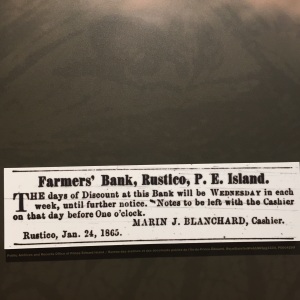 The Board of Directors of the foundation supporting the Farmer’s Bank Museum got together to hire an excellent storyteller and chef to serve us a traditional PEI soup, sandwiches on homemade bread, cornbread with homemade molasses and/or whipped honey, fresh veggies from the chef’s garden, and we topped it all off with a blueberry cinnamon cake with locally-made ice cream on top. It was splendid, and gives one’s heart a boost to know you’re helping a worthy nonprofit. The chef came out and regaled us with stories of his family, of the customs of PEI, and his background as a hotelier. He was a hoot!

We made our way, partly on busy roads (Rt. 6) and partly on bike trails, farther west from there to Cavendish, our overnight stop, and our hotel (Kindred Spirits) was within walking distance to the Green Gables Heritage Museum — the author of the wildly popular young adult series of books involving the fictional Anne of Green Gables, Lucy Maud Montgomery, was born and died in Cavendish. She drew inspiration for the fictional world Anne lived in from her experiences as a child, living with family on an idyllic farmstead with red woodland pathways, like the Green Gables Heritage place. 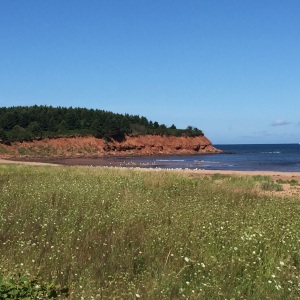 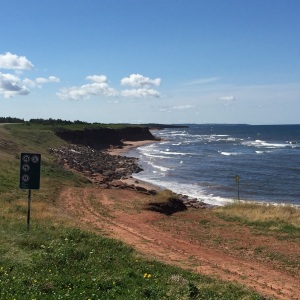 Jack and I chose not to accompany the group on a tour, as neither of us had a childhood mythology that included Anne. So we lubricated our chains and got some rest before we all gathered again for a happy hour and pizza party in the “rumpus room” of the Gate House at Kindred Spirits. We played pool and ping-pong, and had a lovely time telling tall tales and getting to know one another better.