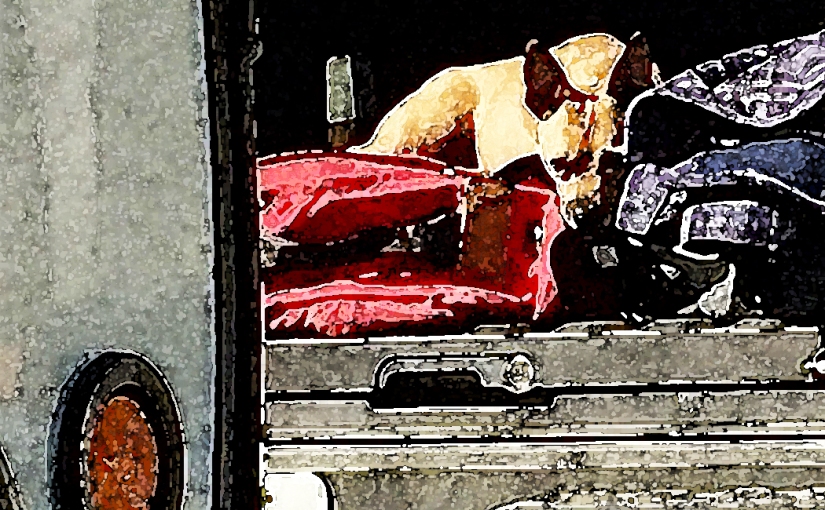 At the end of March through Easter Monday, we took a quick Roomba excursion up to the Richmond area. Jack had some errands to run in the “big city,” and I partnered with other Virginia Falconers’ Association members to do an educational presentation.

On the falconry front, our sport is governed in Virginia by our Department of Game and Inland Fisheries. They asked us if we might come and teach a few of their newest Law Enforcement Officer recruits about the sport—to help them understand what they might find us doing in the fields and forests of the state, and to know a bit about the regulations they will help enforce.

Jack and I drove up in two cars (mine filled with birds and dogs) to camp for the weekend at Powhatan State Park. Friends headed back to Williamsburg from a trip they’d taken to Asheville planned to stop by and spend a night or two camping across the road from us. We were in our fave site, #5, and were glad to have the dogs with us and robust cell service. We shared a couple of meals and even more campfires with our friends, and had a very relaxing time, after my obligation for the educational event was passed.

It was hot and the wind was constant and dusty—not even remotely ideal for a hunting demonstration for these young men—and troublesome for any of our group’s birds that had to be left in the cars. The group had brought lots of different species of birds for the recruits to see up close (including a great horned owl chick), and we tried to find some rabbits or squirrels after the classroom session, flying two Harris’ hawks over their heads. 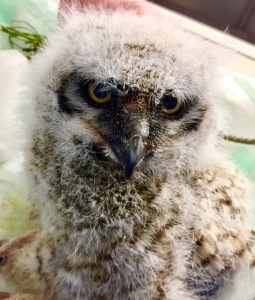 But to no avail. The birds were not “into” the experience, and the human population was uncomfortably sweating in our briar clothes. There wasn’t a squirrel nor a rabbit to be found anywhere. It was, after all, the penultimate day of the legal hunting season for us (March 30), and most of us had long since “put up” our birds for the season. My two were fat and ready for the molt—CJ had even begun shedding his down feathers.

The group seemed to have a good time, however, and left with a broader understanding of the smallest slice of their new enforcement duties for hunting oversight in the Commonwealth.

I had prepared my red-tailed hawk, Skye, for release by allowing her to have (nearly) as much as she wanted to eat during the prior couple of weeks. Once I knew of this event/trip, I decided to use the time and space away from home to return her to the wild.

On the day of release, I chose a nice spot with some thick evergreens for her to roost safely during her first night of freedom in 3 years, and our friends took some photos and video. Some of you have seen these already, since I posted them on FB last week. But here are the pix of Skye’s last up-close encounter with her business partner (me). 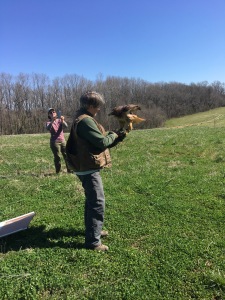 Jack and I took one of the days to pull out the kite and fly it. Unfortunately, we chose the only day of this short trip during which the wind toned down significantly; so it was difficult to keep the kite up, even after we’d removed its colorful tails. It was still fun, though, and we had gone to the part of the State Park where few people were enjoying the trails, and also let the dogs off-leash for a while.

It was the weekend, if you might recall, when we had a spectacular full moon—it’s impossible to capture the magnificence of the rising globe with a phone camera, but I tried anyway. It was quite a sight, and for the rest of the evening/night, we didn’t need flashlights to navigate our way around the camping area.

The next day, we had a fun experience, listening to and watching a gang of about 12 bluebirds cavorting around our campsite. They were loud (we call it “burbling and twittering”), and feisty, and dancing in the branches of the trees around ours and a couple of other campsites. Still have no idea if they were mating or fighting, or maybe a bit of both. But it was truly magical to see so many of them so closely for so long.

Our trip home again was cloudy and threatening, but the rain decided to hold off until after we were back and settled back into the unpacking routine. This trip was the first we’d ever taken with an additional car, so I captured this photo of Roomba from behind, just as we got close enough to the mountains to see that we were nearly home again. That moment, when we’re in the low country looking up at our home region atop the blue ridges, we both get a warm glow inside.

One thought on “Quick Trip”