While the cycling group had a free day in Dresden on the last day of September, Jack and I mostly stayed in and packed for our Berlin adventure. We caught a few pix from the fire-bombed city’s rebirth as a tourist destination, but just didn’t get inspired to click the shutter much. 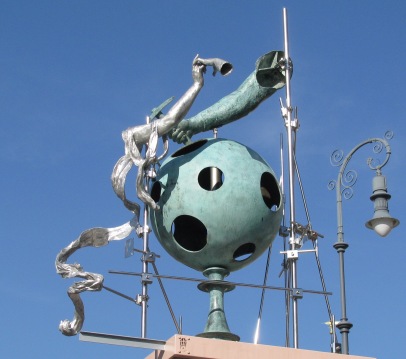 Our travel day to Berlin began with our last breakfast with the group, where we said farewell to those not headed to Berlin for the optional part of the tour. We taxied over to the train station with Laura, Craig, and Michael and caught the train from Dresden to Berlin’s central station, the Hauptbahnhof. Actually Michael got off one stop earlier to meet a friend.

We didn’t see Craig and Laura because we ran to catch the S-bhan over to Charlottenburg, and Craig and Laura were taking a taxi to the hotel near Checkpoint Charlie where the group was staying for the Berlin option.

Then the rain began.

In just five stops, we exited again, but lost our bearings and left the station platforms at the wrong end. While we were sorting ourselves out, Page, Ini, and Lee wee awaiting our arrival at the correct exit . . . But we missed each other. Finally getting ourselves righted, we headed to 11 Heilbronner Strasse and rang the bell. Nothing. The rain came harder.

Another resident exited, so we didn’t have to wait in the rain too long, and once inside Jack phoned Page on his cell number, and we discovered our missed connection. It is not a long walk from the Bahn, however, and they came along shortly.

Had a lovely lunch of hot soup and all the fixins, and caught up with happenings, and then rested a while. My niece, Lee had to leave to get some work done back home, and Ini had an evening out with friends, so Page, Jack and I had a reprise of the lovely lentil soup from earlier.

The next day early, Jack and I set off to join the remains of the group for the tour of the Bundestag dome. We tried to get from the Hauptbahnhof to the Bundestag, but were unlucky with the U-55 (subway train) as the platform was closed off. So we walked over and joined up with the group for our appointment to enter, first the security checkpoint, and then the dome itself.


Afterward, I took a photo of an interesting memorial to the 96 elected officials serving in the Reichstag (Parliment) during the Weimar Republic, who were murdered by National Socialists. The memorial is right outside the security checkpoint for the Bundestag.

After that, the group walked around “Mitte” or Central Berlin, and saw some sights that Jack and I had seen before, but it was fun hanging out with the group. We stopped for a coffee/tea/chocolate milk because it was damp and chill. When it began raining in earnest, Jack and I split off from the crowd and said our goodbyes to our cycling adventure “family” for this trip, anyway. We hope we’ll have the opportunity to ride with many of them again. 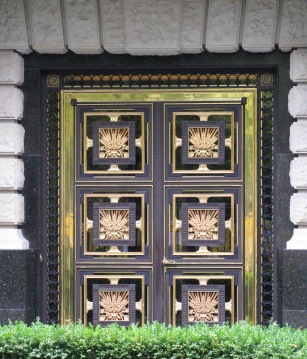 That night, Page and Jack donned aprons and fixed our dinner of chicken Marsala (after heading to the grocery store to get the ingredients). Silliness (and as usual, excellent food) reigned.