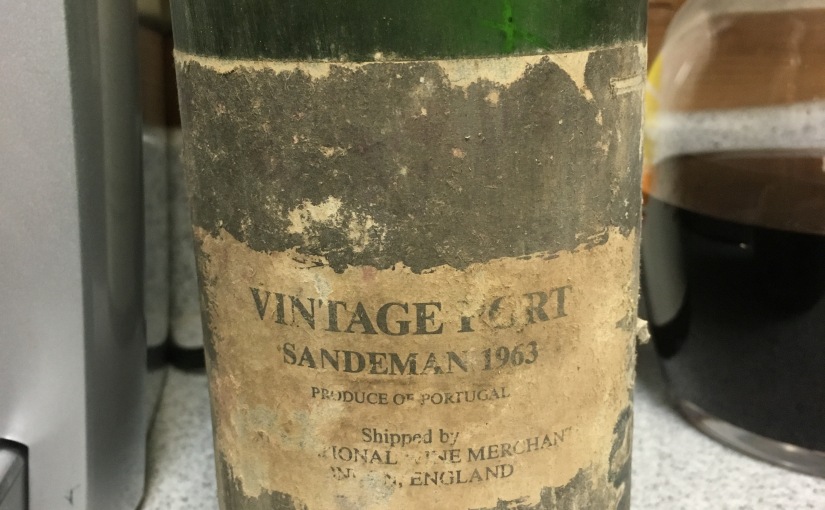 We checked my brother in for his flight back to Berlin, Germany on Saturday, September 24. We’d not seen him for a few years, and it had been 5 years since he’d seen our mom and been in Virginia. Jack, Page and I concocted a proper send-off the night before with grilled tuna steaks (from Indigo Farms Seafood), a beet, grapefruit, and arugula salad, and rice pilaf. Page had brought some Proseco and lovely Cusina Macoul Cabernet Sauvignon to accompany our celebratory dinner. And Jack resurrected an ancient bottle of vintage port we had acquired back in the 1980s, saved for a special occasion. We finished the night with some strong French cheese and that port, almost as old as Page (my brother is 1959 vintage, where the port was 1963). 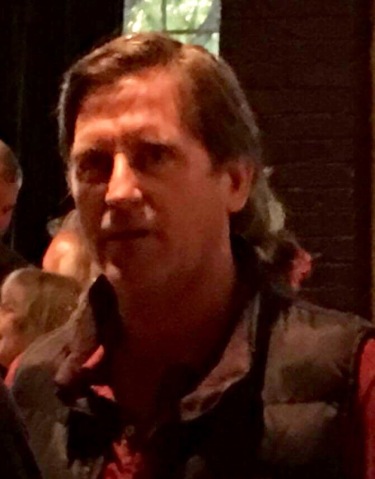 He felt as though he’d accomplished a lot during his short stay, sorting through old items he’d left in Mom’s attic; helping her sort the good from the “ready to go” down in her basement; and touching base with a couple US friends. Mostly, he had to make some tough decisions about the remarkable catalogue of Kodachrome and Ektachrome slides from his photojournalist/nature photographer career that began before digital photography supplanted the more expensive films he cut his teeth on. I felt his pain and loss, but as he aptly pointed out, “If any publisher had wanted to use the original African elephant or American wolf images I took back in the 90s, he or she would have contacted me by now, I’d have thought.”

Among my fondest memories of time spent with my brother in our young adulthood was a January trip we took the the Florida Everglades, for him to photograph the wintering birds and wildlife for the magazine he worked for at the time. I acted as his “bearer” slinging cases and bags of lenses and film across my shoulders, freeing up his hands to actually take the photos. We saw many wonders during the trip, including a hawk stealing a water snake from the beak of an egret or a heron (I have forgotten which) just before the water bird swallowed its meal. We took a slough slog, or a walk into the chilly freshwater river with a group led by a wildlife biologist. We managed to get a speeding ticket as we arose from our tent later than we’d intended, and raced to the south to catch the sunrise.

It was a wonderful trip and resulted in some truly spectacular photos. My shoulders were tired, but watching him work was a tutoring experience in itself. 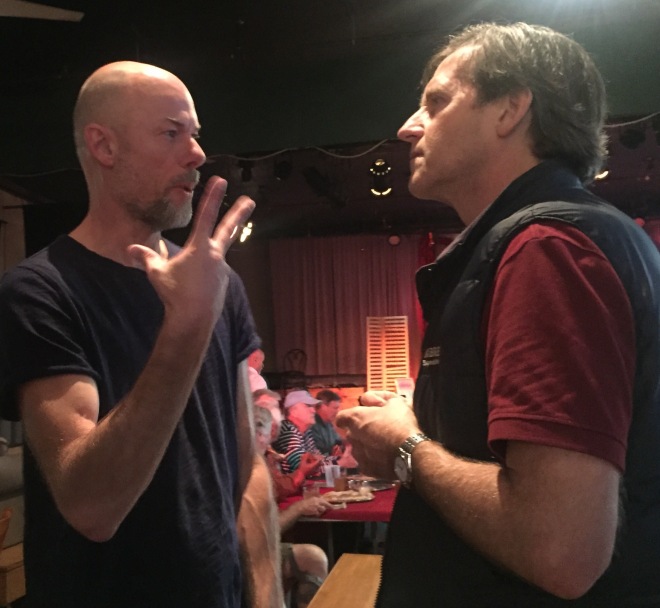 If there had been more time available to him during this 2016 trip, my personal hope was that he’d have been able to sort those slides stored in Mom’s attic, not by which to pitch and which he just could not let go. Rather I wished he could determine which to have digitized and which to pitch, even if the digitizations had to await his next visit to the US, since I could hold them in my basement. But that, of course, is a much more involved decision-tree than what he actually had time for. So he ended up breaking his own heart by throwing away pounds and pounds worth of original images we can see in several of his books.
I guess the saddest part is that the images represent a past life and many extraordinary journeys and have bits of memories attached to them. Of course, he’ll always have his memories, but those pieces of film carried with them slices of those memories. When we clear the items from our histories by tossing and sorting, I believe that we all fear those slices of memory might be gone forever.
Now we both have an idea what our mother is going through, emptying out her home in prep for a move to Assisted Living.