Stockholm is big. Really big. Happily, the public transport system is great, and there is a “Stockholm Card” that you can buy, that covers all public transport, a good number of city tours, and an enormous range of museum admissions.

We wimped out on our first night by hitting a British-style pub called The Queen’s Head. It was nearby, easy, and familiar — had yummy fish and chips. But of course, expensive. The best part was they offered Real Ale pulled from a cask. On the downside, each pint was about $12. We made one beer apiece last.

Managed our first trip on the underground to head out early Friday to meet Page’s ship. They arrived slightly later than what he’d anticipated, but we watched the Europa motor in, drop anchors, settle, begin prep for the tender boats to be lowered, and finally, Page rode in on the first tender. We sat on the quay until customs had “cleared” the ship, and after the first load of passengers came ashore, we hopped the tender back and Page gave us a comprehensive tour of the ship, including the crew-only areas, the navigation area, his photo lab/work areas, and we even got a peek at one of the passenger suites. I was particularly impressed with how much art decorates the whole ship, but they also have a gallery full of rotating exhibitions. It was really a “once in a lifetime” because I will never be able to afford to go on a cruise like the ones Page works every day of his life. It is truly top-class.

All the staff and crew we met were very welcoming and helpful. We thank every one of them for hosting us to a memorable event.

After the tour, we entered the “Old Town” of Stockholm (Gamla Stan), seeking lunch. After a great sandwich eaten in a secluded church/museum courtyard (during which every church bell in the city must have tuned up for the mid-day sound-off), we went to see the changing of the guard at the palace.

More wandering found us in the high, cliff area of the city, sometimes known as the more “bohemian” region of the city, called Sodermalm. From the heights, we saw the Europa from another angle, walked by ancient houses built on top of rock outcroppings, and took many stairs up and down, here and there. We found and were invited in to see a community garden in which folks had cute little garden houses behind their incredible flowers and paths. It was truly spectacular, and I cannot resist taking flower photos under any circumstances, and these circumstances were particularly special.

After taking tea and a sweet at a wonderful shop called Vincent & Eleanor, we were studying our map on a street corner, apparently lost to a passer-by, who helped by guiding us toward an amphitheater where the entire neighborhood was gathering with picnic dinners to enjoy a ballet performance from the state ballet corps. It was going to be quite an evening, but we decided we would decline high culture in favor of a serious recommendation from one of Page’s colleagues for a photo exhibit. So instead, we hiked to the Fotografiska, a museum for photography. It was quite interesting, and of course, Page was in his element. Our Stockholm card got us in without paying additional.

Back up the cliffs to find a beer, and then dinner at a really great Indian place where you could choose from two dishes and eat as much of them as you wished. A young woman we ran into at the grocery store, who was from Iran, but studying (?) in Sweden, referred us to this place. It was delicious and very reasonably priced (for a change). The restaurant was called Chutney, I think.

After one final celebratory beer, the time had come for us to send Page back to his ship. Our extraordinary day ended around 11PM. We were slightly afraid that he’d have trouble catching a tender back to the boat so late, but he assured us that the shuttle boats would be running until midnight or later. The Europa will head out of the harbor toward Helsinki at about noon or 1 tomorrow. Next stop after Helsinki for them will be St. Petersburg, but their schedule will not jive with ours again during this tour.

So here is the first flood of photos from our first two days in Stockholm. 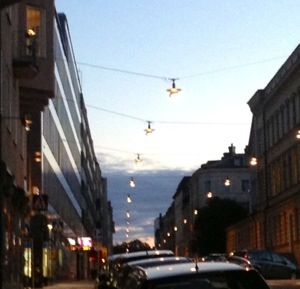 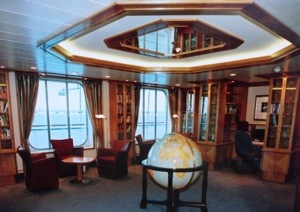 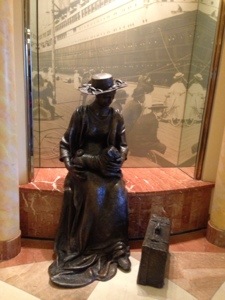 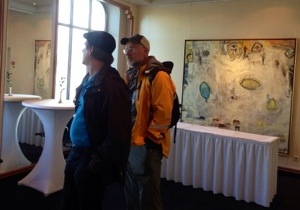 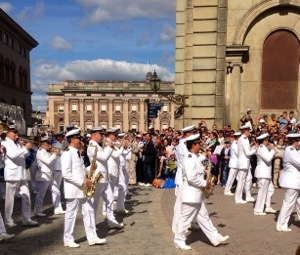 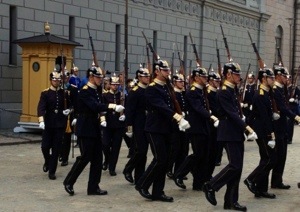 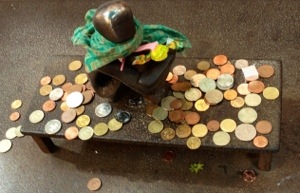 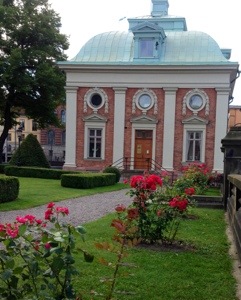 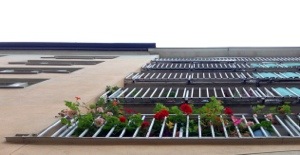 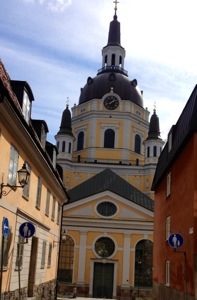 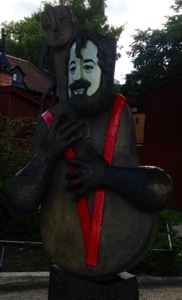 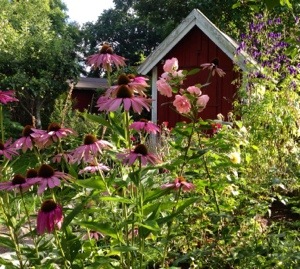